In order to reconvert an area that had housed a former metal processing plant into a residential area with a real estate project of several apartments, Injectis has been called to provide his in situ technics to rehabilitate the affected area.

The characterization studies revealed several pollutions in the soil and groundwater, mainly in chlorinated solvents (PCE). 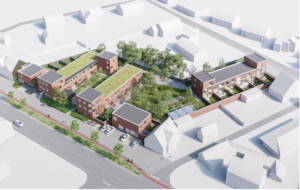 The particularity of this project results in the realization of a thorough characterization of the pollution in chlorinated solvents in water in order to reduce the costs of depollution and to characterize various spots of pollution.

For this, the realization of 23 MIP-drillings carried out with the collaboration of EnISSA made it possible to 3D-model with precision the pollutions of the basement. The soil oxidant demand (SOD) has been determined in the Injectis’s lab.

Moreover, the sub-zones of pollution were identified with different concentrations of oxidants according to the highlighted spots.

Finally, the SPIN® technology allowed to target these zones with precision by dosing the reagents for each injection point thanks to programmed automatic mixers. 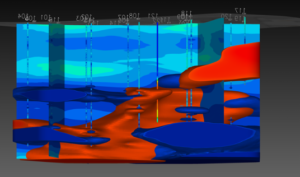 As the environmental conditions did not indicate any possible biological degradation (no natural degradation observed in aerobic conditions), the pathway was oriented towards chemical oxidation (ISCO). In particular, an ISCO requires direct and optimal contact between pollutants and reagents to obtain the best degradation results. It is therefore particularly interesting to know the precise distribution of the pollutants in the groundwater and theirs concentrations. In this case,  INJECTIS has the only machines of injection able to detect the different permeabilities crossed (cm by cm) and at the same time able to inject adapting each of the injections. 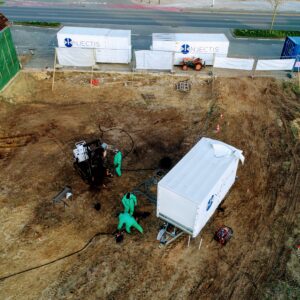 The realisation of a high resolution characterisation (MIP) as well as the combination of high precision SPIN® injections made it possible to save 150.000€, i.e. almost 30% of the total cost of the remediation initially planned. 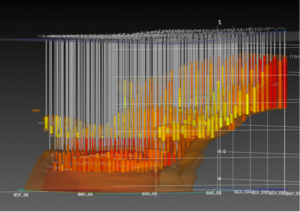